Leadership Lessons from Mickey Rooney and a Telegram Boy 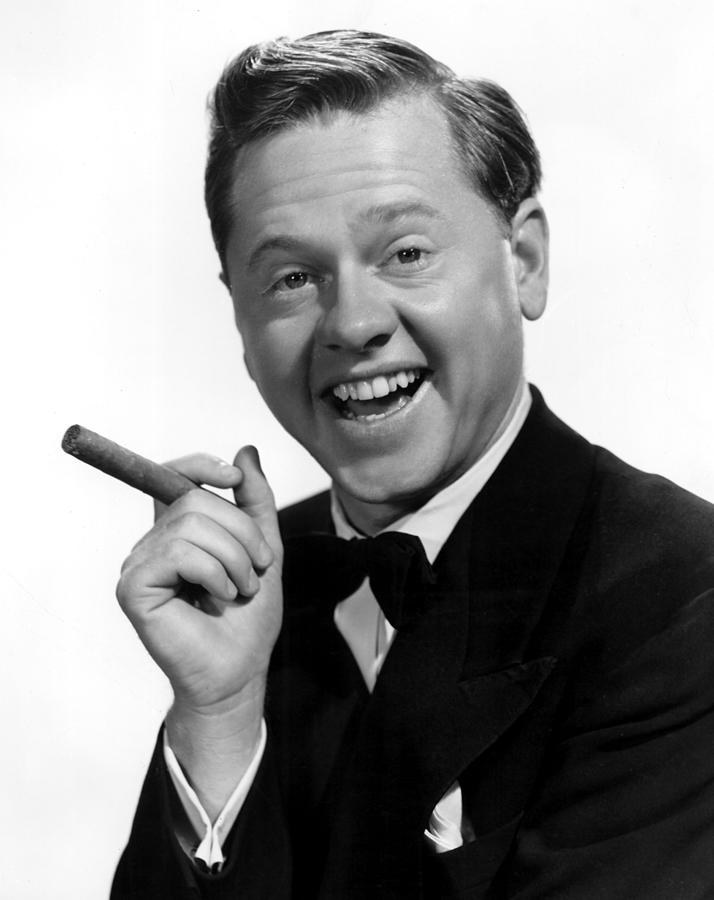 This is a true story.

In 1938, when he was seventeen, my father-in-law (first name Guy) worked as a telegram delivery boy for Western Union in Los Angeles. His territory was Hollywood, so occasionally he would find himself driving up to the house of a movie star.

One evening, Guy delivered a telegram to Mickey Rooney. It was Rooney’s eighteenth birthday, and the telegram was a singing one. (Back then, Western Union sang as required.) Rooney himself answered the doorbell; he was having a party, and he was surrounded by his guests. Guy, looking spiffy in his uniform, launched into a rousing rendition of “Happy Birthday to You.”

Now Rooney, like many movie stars, had a preference for being the center of attention. After a few moments of seeing his friends smiling and laughing at the telegram boy’s performance, he flung himself to the ground and began thrashing around in imitation of an epileptic seizure. All eyes turned to him, and everybody laughed harder.

Guy found this a little irritating. So, he lifted his foot and placed it on Rooney’s chest, applying enough pressure to stop the fake convulsions. With foot firmly planted, he finished the song.

A minute or two later, Guy left—tipless. But as he was walking back to his car in the dark, something odd happened:  One of the party guests emerged stealthily from a side door, chased after him, and handed him a ten-dollar bill. (That’s $163.27 in today’s money.)

“This is for you,” the man said with a grin. “I have never seen anyone put his foot on Mickey Rooney!”

Surprise! Not Everyone Thinks You’re Wonderful

Believing everyone thinks you’re great is a classic pitfall for leaders. I call it the “They Love Me!” Trap.

Leaders fall into this trap when they take their posse’s smiles and applause at face value and don’t stop to wonder whether someone might be secretly hoping to see a foot planted on their chest (or rear).

A couple of recent articles and books take a look at the phenomenon:

I still remember an incident years ago when an employee let me use her collaboration software account and forgot to delete a private chat she’d been having with another team member during a virtual meeting a few days before.

When I opened the software, there was the entire chat in black and white. It revealed that those two team members didn’t think much of a certain pet project of mine. I closed the chat window after reading a few lines, but the truth was out—and the realization that not everyone loved my “baby” put a knot in my stomach for quite a while.

Here Are Three Ways to Avoid the “They Love Me!” Trap

1) Make it entirely safe for people to express doubts or report bad news.

The smallest sign of disapproval from a leader—a slight frown or a sigh, let alone pounding the table and yelling—tends to shut people up instantly. When a team member expresses a view you don’t care for, even one that feels like a personal attack, make a conscious effort to show you welcome the comment: relax your face, lean a little forward, and ask him or her to “say more.”

2) Ask your team members for advice.

The best way to improve someone’s opinion of you is to show you care about his or her opinions. Make it a habit in one-on-one meetings with team members to ask for advice on some aspect of your work with them, and listen when they reply.  Not only will your relationships improve, but you might learn something.

3) If you happen to overhear unflattering remarks, don’t overreact.

Remember there are many reasons someone might have said or written those things (a desire to be funny, agree with a friend, vent some passing frustration …). It’s unlikely there’s anything truly sinister behind the words, so rather than confronting the person or trying to sniff out “what else they really think about me,” redouble your efforts to create a positive, open relationship.

Oh, and one last tip: If a telegram boy appears at your door to sing you a birthday song—don’t try to steal the spotlight.

What’s your advice? What can we do to shed light on the state of our relationships? To create more positive ones?  To remove the blindfold when it comes to our team’s opinions?