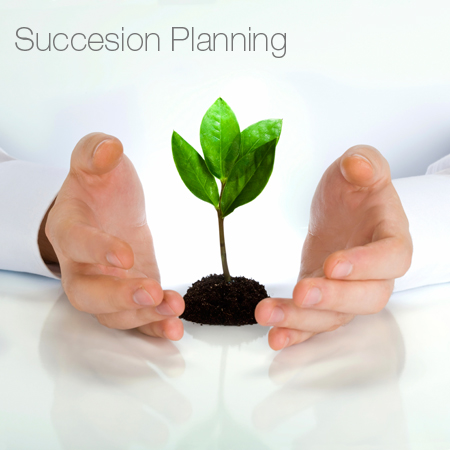 Recently, my wife Mary and I discussed the need to review and update our will, which is now about fifteen years old. The next day over coffee a friend asked me if I had a will. Later that day in a random conversation, a stranger mentioned that he knew an estate attorney in my neighborhood. The next day I heard on the radio that August was national “get a will” month.

I got the message! After dragging our feet for several years, we have an appointment this week to begin the process.

As you know, the topic of succession planning is more than keeping a personal will up to date. Did you ever notice how hard it is for leaders to plan for the time when you or one of your team members leaves the organization? The military does this well by consistently developing officers and enlisted to move up to the next level.

When having the right leader in place is a matter of life and death, the goal is succession at every level without missing a beat.

In the POW camps of Vietnam, having clarity about who assumed command was a huge plus for our success and morale. Not only did we have amazingly well prepared leaders, we had an automatic succession plan—the next senior person became the leader. If you had two people of the same rank, then the one with the earliest promotion date was the leader.

“Had the military not intentionally trained each officer, the outcome of our POW experience could have been very different—increased confusion, mixed messages, lack of unity, and greater loss of life.”

The Value of Succession Planning in the Workplace

If you believe in the mission of your work and want it to continue, you must proactively plan for turnover and succession at all levels –

With good succession planning in place, you’re much better prepared to promote internally, which has many advantages. You’re hiring a known entity and already understand their talents, character, courage, and commitment. Remember—the best insight for hiring is the old saw “has done–will do.” Other advantages include –

“Developing your own people also provides the opportunity to add knowledge and skills as well as reinforcing your organizational culture, values and policies.”

Looking Outside, and A Final Note

Even with the best internal succession plans and programs, sometimes it’s necessary to look outside. Typical situations that might favor hiring outside would include a –

Regardless of your succession planning process, one thing is clear—it begins with the hiring process. Getting the right people on the bus and in the right seats will be critical to success (Jim Collins), and we should begin with the end in mind (Stephen Covey).

So what are you doing about succession planning? And by the way, when was the last time you updated your will? Both are too important to neglect. Think about it and share your thoughts and experiences.