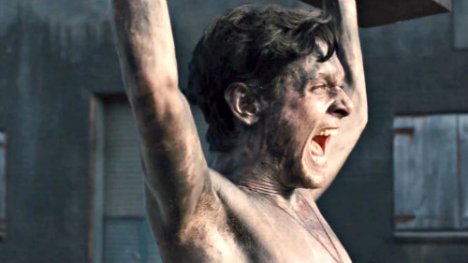 The long awaited movie, Unbroken, came out during the holidays. And while I read the book and enjoyed it very much, I looked forward to the movie with mixed emotions for a couple of reasons.

I knew that the film would be good, but I wasn’t sure that I wanted to experience the pain of viewing so realistically what Louis and his mates would endure.

When I saw it, it was painful but there were many good lessons we can draw from it. It also brought back some of my personal memories as a former Vietnam POW and the life and leadership lessons that I learned through that experience.

On Living and Leading With Honor

As we embark on the year 2015, let’s look at three powerful insights to live and lead with honor regardless of the era.

Pete, Louis’ older brother, inspired him to greatness as a runner by telling him he believed in Louis and that Louis must believe in himself. In a similar vein, Mack, the third crewman in the raft, though strong and healthy, died because he believed they wouldn’t make it.

Both these examples underscore the general truth that automaker/industrialist/pioneer Henry Ford espoused when he said, “Whether you think you can or you can’t, you are usually right.”

“Believing in oneself is crucial to success. The solution is to identify the lies that you believe about yourself and shut them down.”

One of the best ways to believing in yourself is by listening to a “Pete,” someone in your life who cares about you enough to tell you the truth and remind you of the potential that they see in you.

This idea was briefly shown at the end of the movie, but if you read the book you know that Louis came home a mess. Today we call it Posttraumatic Stress Disorder (PTSD), and it was ruining his life through anger and alcohol. After surviving all the beatings and torture, Louis came home to freedom only to live in emotional shackles until he got holistic freedom in body, soul, and mind.

For Louis, two critical steps were listening to the wisdom of his wife and attending the famous Billy Graham crusade in Hollywood, California. There he reconnected with God and experienced the power of forgiveness, which enabled him to forgive his captors. At that point, he found freedom, the nightmares stopped, the anger died, and the bitterness went away.

In a similar vein, my POW comrades and I had time to deal with bitterness before our release. Thanks to the great work by the National League of POW/MIA Families and the American people who put the heat on our captors to improve our treatment, most of us turned loose of bitterness and left those shackles behind while in the prison camps.

Like Louis, some of our senior leaders who were extensively tortured and abused emerged from captivity to live wonderful lives of true freedom until they were well past eighty years of age.

“The shackle of bitterness (and its stealthy cousin envy) never hurts the folks who cause us harm or have what we want because they usually have no idea of the pain they’ve caused.”

Unfortunately, though, it ties us up and limits our effectiveness with others. It’s the worst kind of prison, so find a way to forgive and let it go.

3. Be Willing to Pay the Price for Success

As Louis was headed to the Olympics in 1936, Pete looked him in the eye and said, “Louis, a moment of pain is worth a lifetime of glory.” A similar line inspired me when I was young. During high school football practice, our coach often said, “We suffer in practice so we can celebrate on Friday night.”

Six years later, I was locked in a POW camp with my cellmates choosing to believe that suffering coupled with an attitude of resilience was the only way we could return with honor.

Recently, my team and I released an Honor Code based on the lessons in Leading with Honor™—seven short statements that seem so simple yet are so difficult to live by. As one who is engaged in this battle of trying to live with honor, I can tell you it only comes through suffering.

For me nowadays, suffering usually comes in situations that require patience, listening, giving up control, and being kind when someone is blocking my way or cutting me off.

Those who are successful in life and leadership are usually the ones who are willing to do what others are not. They go the extra mile. They hold themselves accountable to higher standards and in the short run, they suffer for the glory that lies ahead.

The Cost of Honorable Sacrifice

“Realistically, only one in a million has the courage and grit of a Louis Zamperini, but few are called to that role.”

For most of us, the challenges are simpler and the suffering is more with our ego and our energy. As you look to the next twelve months, what are your goals, and are you willing to sacrifice to achieve them? More importantly, what will be the cost if you don’t make that sacrifice?

Please share your thoughts about these three lessons or others you saw in the Unbroken movie or book about Louis. Also, if you want to join me in a battle to live with honor, click to download a complimentary copy of The Honor Code.